Is Splatoon 3 Worth It?

Many gamers might wonder if Splatoon 3 is worth buying on the Nintendo Switch. The short answer is a big resounding YES. This may be no surprise, as Splatoon is one of Nintendo’s biggest franchises (and relatively newest ones) that continues to garner new fans.

Splatoon 3 – Is It Worth Buying On The Nintendo Switch?

Splatoon 3 is definitely worth buying. This game offers more of everything you loved about the original two games in the series and in large amounts. The sequel expands the entire setting, starting with the central hub located in Splatsville, which is an eye-catching place to hang out, explore, and shop.

The newly added region known as the Splatlands gives players access to the new maps Scorched Gorge, Eeltail Alley, Mincemeat Metalworks, Undertow Spillway, and Hagglefish Market. From here, there’s a map called Hammerhead Bridge that also connects to the original setting of the Inkling world, Greater Inkopolis. New stages have also been added here, namely Museum d’Alfonsino and Mahi-Mahi Resort. That makes for a total of 12 stages at launch, and Nintendo confirmed more will be added.

Splatoon is about laying down paint and splatting the opposing team, so Splatoon 3 brings back all the previous weapons in the series. But it doesn’t stop there; they’ve added two new weapon types: the Stringer (a bow) and the Splatana (inspired by katana swords).

Brand new special weapons have also been added with the Tacticooler, Wave Breaker, and Reefslider charge. The Tacticooler throws down a mini-fridge with four beverages your teammates can grab and use for various extra buffs. The Wave Breaker is planted in a single spot and, for a limited time, sends out pulsing circles of damage that can be avoided by jumping over each wave.

Splatfests have been upgraded in an exciting way. There will now be three teams to choose from that will culminate into three-way battles. Four players from the current 1st place team start in the center of the map, with two players from each of the 2nd place teams starting on opposite ends of the map.

After PvP battling, the Salmon Run PvE mode makes its return with new bosses and maps. You can also throw and pass the salmon eggs for added teamwork. Overall, this mode adds more challenging and fun co-op play, giving you more reason to own and play Splatoon 3.

The single-player mode also makes Splatoon 3 worth it. There’s a new story called the Return of the Mammalians. This mode helps get new players acclimated while providing veterans with a single-player challenge. Fans of platformer games will also likely enjoy this experience.

Now players can also enter a Recon Mode to explore all the stages at leisure. This will help players memorize stages and plan strategies that will maximize the fun of playing Splatoon 3.

Another way to enjoy Splatoon 3 and improve your skills is by taking advantage of the new replay mode. After finishing a battle, players can freely rewatch matches, change the playback speed, and even switch perspectives to another player.

One of the essential features of the Splatoon series is the ability to customize your inkling and express yourself. To enhance this feature, Splatoon 3 now assigns every player with their own personal locker. This locker lets you arrange some of your items inside, change locker colors, and put stickers on the outside. Combine this with the new splat tags and changeable victory emotes, and players will showcase their styles like never before.

Catalogs have been added to organize and sell all the new items and gear in-game. Nintendo has also announced they’ll add a new catalog to Splatoon 3 every three months for the next two years. Brand new weapons will also arrive around this time.

Finally, to help you get the most bang for your buck, Splatoon 3 added its own mini-game in the form of Tabletop Turf Battle. You’ll collect cards in the main game then use them in the Tabletop Turf Battle mini-game where you battle an opponent by fitting together different shapes on a grid. Similar to Tetris, each player gets a starter deck and can customize it with over 150 cards to collect.

Splatoon 3 is not simply more of the same. Instead, there’s more than enough here to make it a worthy sequel. Nintendo also promised to support the title by adding plenty of updates, including an X Battle, League Battle, and Large-Scale Paid DLC.

So don’t hesitate to pick up a copy of Splatoon 3 and don’t get cooked, stay off the hook. 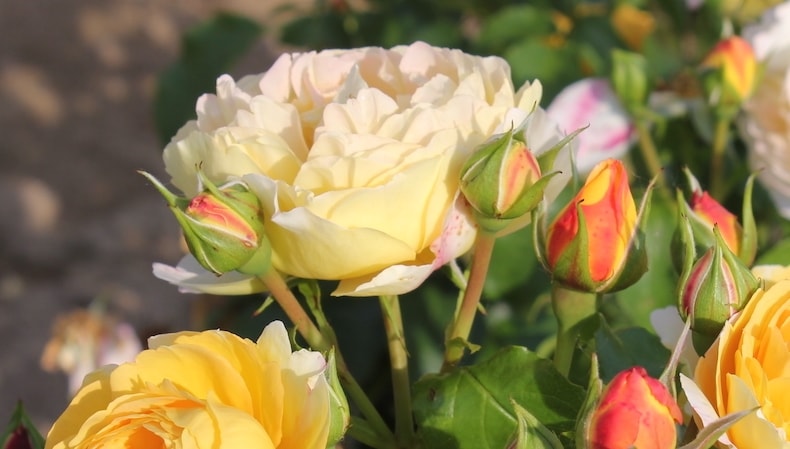 How to Play, Rules, Answers & More

Saints Row is an upcoming action-adventure open-world game from Volition and Deep Silver. This is a reboot of the franchise and introduces new characters, a […]

Reddit is entering the NFT game as its users who have earned ample karma are eligible to receive a free NFT that’s minted on Polygon. […]