US Blu-ray and DVD Releases: The Lost City, Green Lantern: Beware My Power, The Gilded Age, White Elephant and more

Posted by Mike Spring on Aug 1, 2022 in All, DVD/Blu-ray, Film, Reviews | Comments Off on US Blu-ray and DVD Releases: The Lost City, Green Lantern: Beware My Power, The Gilded Age, White Elephant and more

There are a few standout titles today, including a new animated superhero film, a hit TV show, and a bona fide blockbuster. Read on to see what’s hitting shelves this week!

You would sort of expect a movie with Sandra Bullock, Channing Tatum, Daniel Radcliffe, and Brad Pitt to be a box office hit, but you just never know nowadays. Still, I wasn’t surprised when The Lost City grossed over $100 million at the box office, largely on the strength of the cast, of course, but also on the strength of a really great trailer. The film sees romance writer Bullock kidnapped by Radcliffe’s eccentric billionaire due to clues in her writing that may lead to a huge treasure. Tatum plays her hunky cover model who decides to try and rescue her (with the help of Brad Pitt’s mercenary rescue professional.) What follows is a ridiculous amount of fun. Part Romancing the Stone and part The Proposal, the film plays to each actor’s strengths, with Tatum stealing the show as the good natured but bumbling mega hunk who has a crush on Bullock’s uptight author. There’s a lot of humor, some good action, and a nice sense of mystery and adventure mixed in with all the silliness, and I enjoyed it quite a bit. The film is released on 4K Ultra HD (as well as Blu-ray and DVD), and the premium format treats the movie well. It’s a very colorful movie with a lot of locales, and the color saturation is off the charts. Image clarity is crisp and clean, and the picture quality is terrific throughout. The surround soundtrack makes the most of the surround channels, giving the film a lot of atmosphere and directional effects. It’s a great presentation of a really fun film.

The latest DC Universe Animated film, this one focuses on John Stewart, the third major Green Lantern in DC Comics’ history (after Alan Scott and Hal Jordan). The film plays pretty fast and loose with comic book continuity, so I can see a lot of die-hard comic fans getting annoyed about some of the story choices. But for the average viewer, this intergalactic story has a lot to offer, working in John Stewart’s origin, appearances by Green Arrow and Hawkgirl, and plenty of spacefaring action. The animation is outstanding this go around, and it’s one of the best-looking of the DC animated movies in recent years. Like I said, though, it definitely isn’t concerned with pleasing longtime comic readers, so I won’t be surprised to see a vocal minority of comics fans complaining about this one. I know that DC’s Hollywood offerings aren’t necessarily geared strictly towards comics fans, but I do wonder how this one will go over. I liked it for it what it was, and as long as you’re not wrapped up in comic book continuity, I suspect you will too.

Julian Fellowes, creator of Downton Abbey, returns to TV with HBO’s hit series The Gilded Age. Clearly, Fellowes is a creature of habit, because this is his third or fourth TV show in a row that focuses on rich and poor people in a bygone age. This time around, we focus on 1880s America, where floods of newly rich people are starting to enter the society of old money aristocrats. It’s this conflict which fuels the show’s drama, mixed together with a healthy dose of scheming, romance, and melodrama. The show focuses largely on the matriarchs and female characters of society, giving juicy roles to excellent actresses like Christine Baranski, Carrie Coon, and Cynthia Nixon. This first season DVD (sadly, it isn’t available on Blu-ray) collects all nine episodes of season one. It’s not a long season, but like its brethren Downton, the small number of episodes results in a higher quality show, with no filler episodes. It’s a terrific start and I can’t wait to watch more.

Nadia, The Secret of Blue Water: The Complete Series

Before he spearheaded the much loved anime classic Neon Genesis Evangelion, director Hideaki Anno was the show runner for Nadia: The Secret of Blue Water, a well-loved series from 1990. The show is a sort of nautical/mystical adventure series (heavily influenced by 20,000 Leagues Under the Sea and the works of Jules Verne), following Nadia, a mysterious girl with a crystal necklace that various factions are after. She is joined by young orphan Jean, and it’s their friendship (and possibly more) that is the crux of the show. Over the course of 39 episodes, we follow this pair and a group of supporting characters in a series of adventures that might just end up saving the world. This show has a serious fan following, but it’s also infamous for a group of about 10 episodes that were made at the request of the distributor (and weren’t originally planned by the creators) which sees Nadia and Jean stuck on a deserted island. These episodes are decried by fans as boring filler, and I can see why. The show does end in grand fashion and returns to form, which is why I think fans can forgive that middle third, but be aware that there is a period of the show where things drag a bit. Still, overall, it’s a lot of fun and features some great early animation from a legend in the industry.

Michael Rooker takes the lead role in this new direct-to-video action film, with Bruce Willis, John Malkovich, and Olga Kurylenko along for the ride in supporting roles. But the name that matters the most is Jesse V. Johnson, who co-wrote and directed the film. Johnson is a B-movie directing veteran, and he specializes in these lower-budgeted action films that gather a bunch of big names in small roles so as to rope in viewers. Now, on the one hand, I can give Johnson credit for trying to focus on the characters and their struggles in this film, giving us people we can care about rather than cardboard cut-outs who are just there to move the plot along. On the other hand, the script doesn’t do the characters any favors, and their development comes at the expense of the action, so the end result is a film that tries really hard but still isn’t that great. It’s not a terrible movie per se, and the cast makes it more watchable, but it’s not going to make much of an impact on you.

I didn’t expect much out of Mid-Century, a new horror thriller starring Shane West, Chelsea Gilligan, Bruce Dern, and Stephen Lang. And I wish I could say the film defied those expectations, but it didn’t really. The story of a couple who stay at a mid-century-era vacation home who have to deal with both an overly-intrusive owner and spectral visitors, the film feels a little scattershot. There are a lot of unanswered questions and underdeveloped plotlines, which wouldn’t necessarily be a problem if the film was truly scary, but it’s not. It’s occasionally creepy and suspenseful at times, but it never reaches the level of scary. On the plus side, Shane West, Chelsea Gilligan, and Stephen Lang all deliver strong performances, which can be a rarity in this genre, so that definitely helps the film. It’s a solidly average viewing experience, not bad but not great, so it might be a decent way to kill a couple of hours if you’re out of things to watch.

The Enormity of Life

Breckin Meyer takes on a slightly more dramatic role alongside Emily Kinney (who played Beth on The Walking Dead) in this new dramedy. It’s not the most plot-heavy movie in the world, but basically Meyer plays a man who fails at a suicide attempt and then receives a rather large inheritance. He ends up meeting his neighbor and her young daughter, and a bond forms between the three. The film is really more about the characters and their relationships than external conflict (although there is some, largely in Meyer’s character trying to figure out what to do with the money and if it should involve his abusive — and ill — mother.) Meyer and Kinney are both eminently likable and they have a nice chemistry, while young Giselle Eisenberg almost effortlessly steals the show. The film has a true indie vibe, but in the good way, and I think there is definitely an audience out there waiting to discover it. 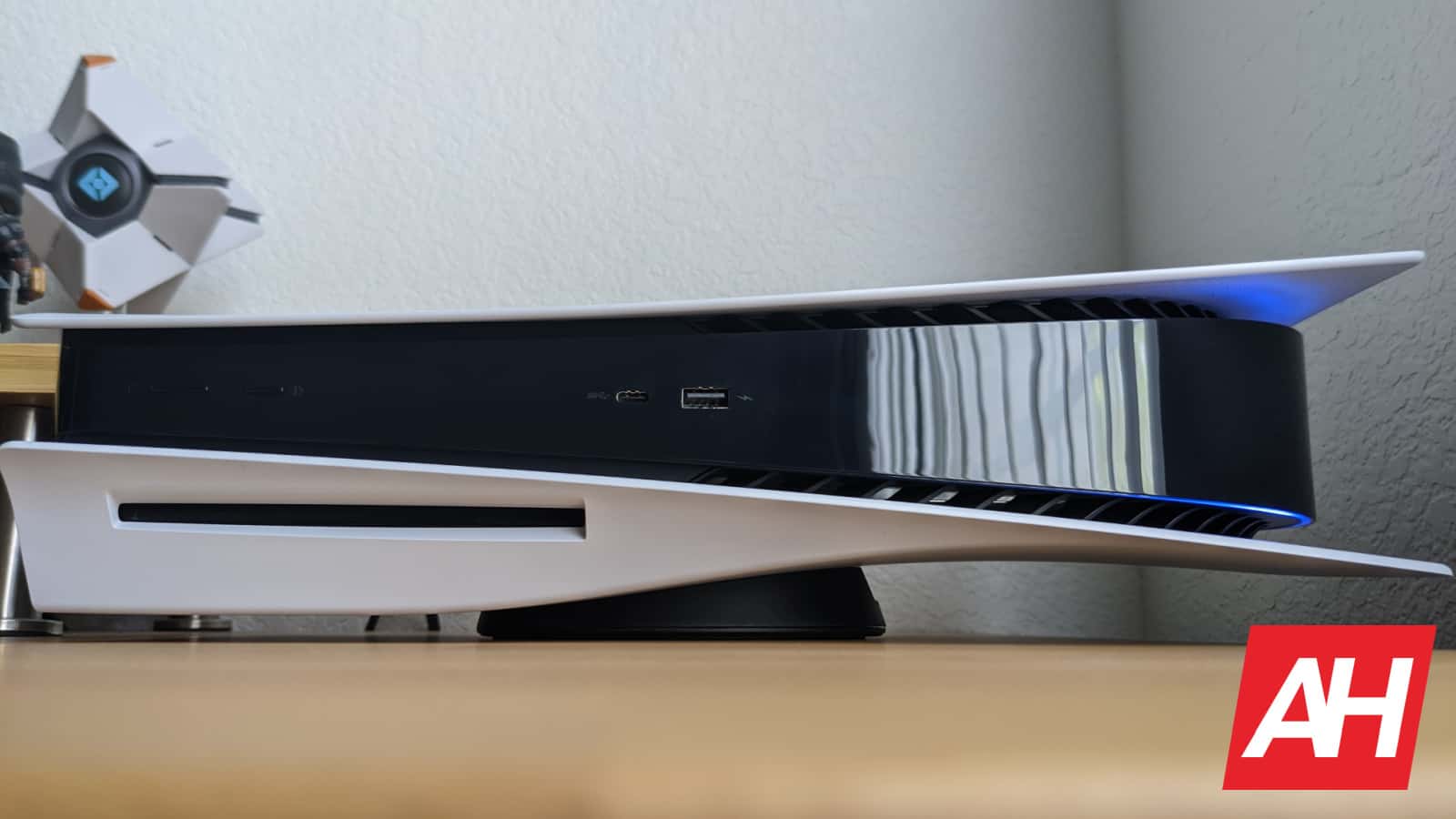 In celebration of Crimes of the Future, a new film by David “Mr. Canada” Cronenberg that will open in North American movie theaters on Friday, […]

David Cronenberg goes full Cronenberg in Crimes of the Future, to a degree that’s largely been missing from his more real-world psychological dramas of the […]