If you are looking for a convenient way to attach an Apple AirTag to almost anything, a new AirTag carabiner has been launched via Kickstarter and is available in a number of different materials including Stainless Steel, Duralumin, and Brass. Providing a secure way to keep track of the most important belongings you carry on a daily basis or even your pets.

Designed and engineered by the team at Saegusa based in Tokyo, Japan the Apple AirTag carabiners have already raised the required pledge goal to make the jump from concept into production with still 33 days remaining. Early bird pledges are now available for the creative project from roughly $95 or £76 (depending on current exchange rates).

“With this project we wanted to build on our original AirTag Carabiner, so we created a special alumite version of Duralumin, which means we can color it to Black, Green, or Navy! A special AirTag case made and designed by professional Japanese metalworkers. This case is made from a single piece of metal. Choose from 3 different types of metal, suiting whichever style fits you!”

– The AirTag from Apple is a GPS device that helps you from losing your things.
– It’s about the size of a 500 Yen coin, or a US Quarter.
– By linking it to your iPhone or Apple Watch, you can find your lost items with ease.
– The AirTag itself makes a beeping noise to help you find your lost item.
– It can track long distances to help you track your item!
– It is water resistant, dust resistant and has a sturdy build.
– For more info please go to the Apple home page.

If the Saegusa crowd funding campaign successfully raises its required pledge goal and manufacturing progresses smoothly, worldwide shipping is expected to take place sometime around April 2023. To learn more about the Saegusa AirTag carabiner project checkout the promotional video below.

“We have created three Apple AirTag Carabiner cases using three different metals. The metals to choose from are: Brass, Stainless Steel and Duralumin. Our working methods are beloved by professional metalworkers. We have designed cases from three different metals that are often used in the industry.”

“Be it your keys, bags, bikes, or other items, we have made these cases attached to a carabiner to help ensure that you never lose your personal belongings again! Depending on your own sense of style, you can choose the metal that matches your fashion sense.”

For a complete list of all available early bird pledges, stretch goals, extra media and full specifications for the AirTag carabiner, jump over to the official Saegusa crowd funding campaign page by following the link below. 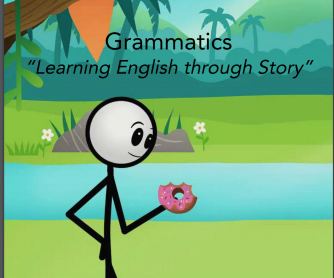 Looking for a fan that will keep you cool even during the scorching summer heat? While there are tons of options out there, the Marchpower […]

Basically, it’s intended as a miniature model of how technology can alter the user experience of a shared space, with those sensors also activating motorised […]

Regular readers will recall I wrote about Ugreen X6 Hybrid Earbuds a while ago. Ok, so you have the link to the original article – […]

How to build a DIY home bike generator

How to build a DIY home bike generator | The Red Ferret Journal This website uses cookies to improve your experience. We’ll assume you’re […]