If you were to ask what is the USA’s biggest sports mad city, that would be a tough one to answer.

New York, Boston and LA would all have strong cases to make.

But so would Philadelphia with the Eagles, the Flyers, the Union, the Phillies and the 76ers.

South Philly born and raised director Jeremiah Zagar’s second feature film ‘Hustle’ is not the first sports movie to be set in the city.

Everyone will tell you Philadelphia’s most famous cinematic sports icon is Sylvester Stallone’s Rocky Balboa, followed by Michael B Jordan’s Adonis Creed.

But the city has also given us Mark Wahlberg in the NFL drama ‘Invincible,’ Tom Hardy and Joel Edgerton in the mixed martial arts tale ‘Warrior,’ the Mark Harmon and Jodie Foster baseball flick ‘Stealing Home’ and Robert de Niro and Bradley Cooper as Eagles supporters in ‘Silver Linings Playbook’. 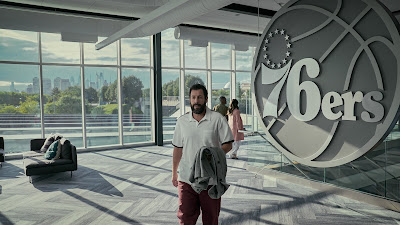 His job is to scour the globe unearthing talent.

Tired of being on the road and of missing significant moments in the lives of his wife, Queen Latifah’s Teresa and his daughter, Jordan Hull’s Alex, Stanley’s real ambition is to be part of the 76ers’ coaching set up.

And he appears to be on the brink of achieving that goal, thanks to a warm relationship with 76ers owner, Robert Duvall’s Rex Merrick.

However the boss unexpectedly dies. 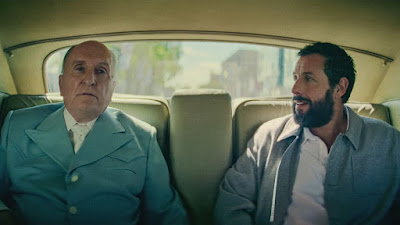 Instead his arrogant and vindictive son, Ben Foster’s Vince, who Stanley has clashed with in the past, takes over.

On taking over, Vince swiftly walks back on his father’s promise to make Stanley part of the coaching set up, arguing he is of more value as a scout and dismissing his argument that he has missed the last nine of his daughter Alex’s birthdays.

Stanley is instead dispatched to Spain to scout a promising young star. 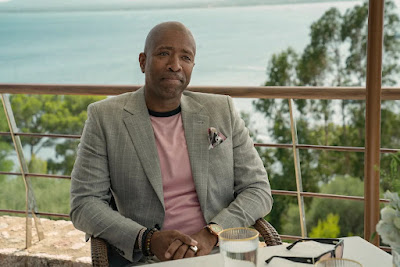 He is approached not long after his arrival by Kenny Smith’s sports agent, Leon Rich about coming to work for him.

Stanley politely rebuffs the offer but is later exasperated when his plan to see the potential Spanish 76ers prospect falls through.

He stumbles, however, on a pick up game in an outdoor basketball court and is mesmerised by the prodigious talent of Juancho Hernangomez’s Bo Cruz who is hustling for cash.

Desperate to showcase the 22 year old’s talent and land him for the 76ers, he follows him to his modest apartment where Bo lives with his mum, Maria Botto’s Paola and young daughter, Ainhoa Pillet’s Lucia. 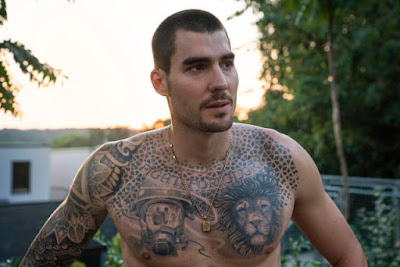 Convincing them he is a NBA scout, he learns Bo is a construction worker who once had a shot at playing basketball in the US at the age of 15.

Bo stayed in Spain because his girlfriend was pregnant with Lucia.

After he impresses at a trial Stanley has arranged with the Spanish national team, the talent scout contacts his 76ers colleagues, raving about Bo’s ability and urging them to sign him.

However Vince refuses to be swayed and orders him to head home.

Having promised Bo and his family that he is going to make him a star, Stanley flies him at his own expense to Philadelphia in defiance of Vince.

When Bo is detained by immigration, he learns the young Spaniard has a criminal conviction for assaulting someone back home which could torpedo his chances of playing for a NBA team and result in being deported if he were to commit a similar offence in the US.

Putting the young man up in a plush hotel, Stanley arranges for Bo to play in a showcase match organised by Leon where he is pitted against Anthony Edwards’ draft prospect Kermit Wills.

Stanley bristles when he realises Vince is also at the game. 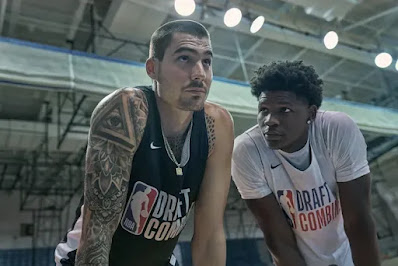 Vince is unimpressed that he has arranged for Bo to play and roots for the Spaniard to fail.

Despite starting strongly, Bo fades during the game when Kermit starts to trash talk him and get inside his head.

Vince and Stanley clash outside the game, with the scout quitting his job to focus on coaching Bo and securing him a place at the annual NBA Draft Combine trials.

But with Vince determined to stop the Spaniard from succeeding and Kermit quick to get inside Bo’s head every time they match up, can Stanley succeed? 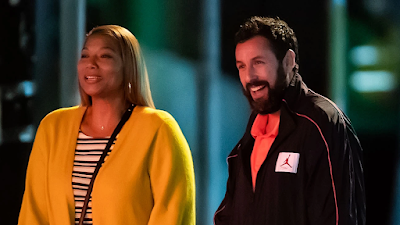 The first thing you have to admit about ‘Hustle’ is its love for basketball.

It’s clear Sandler, Zagar and its writers Taylor Materne and Will Fetters have a deep, abiding love of the game.

As the credits roll, Zagar’s film bursts with pride as it boasts about the amount of NBA legends and current players in the movie.

In addition to Hernangomez, who currently plays for the Utah Jazz, and Edwards, who lines out for the Minnesota Timberwolves, the film features Shaquille O’Neal, Charles Barkley, Julius Erving, Serbian star Boban Marjanovic of the Dallas Mavericks, the German Orlando Magic pro Moritz Wagner, Atlanta Hawks star Trae Young, the Denver Nuggets’ Aaron Gordon, the Miami Heat’s Kyle Lowry, Seth Curry of the Brooklyn Nets, and the 76ers’ Tyrese Maxey and Tobias Harris – among many others. 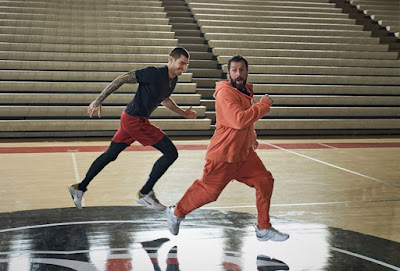 Some of those stars play themselves and others take on roles.

But while the film’s love of basketball isn’t in doubt, how does it measure up as a sports film?

Zagar’s Netflix movie draws its most inspiration from the original ‘Rocky’. 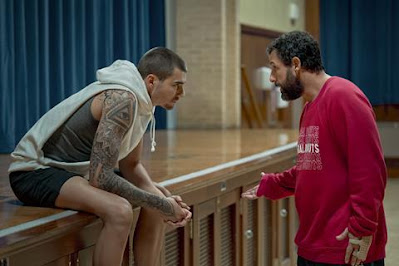 Like John G Avilsen’s 1976 Best Picture Oscar winner, it’s about a hidden gem being given an unexpected shot at the big time.

Its underdog sportsman wins the hearts and minds of ordinary fans and has to overcome the many odds stacked against him.

‘Hustle’ also lovingly recreates the training montages of Avildsen’s film and all the subsequent ‘Rocky’ and ‘Creed’ movies.

There’s even a barely concealed nod to Rocky’s iconic sprint up the steps of the Philadelphia Museum of Art. 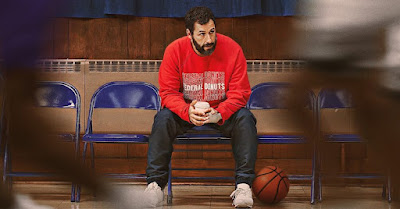 However, the film is often too slavish in its application of the sports underdog story.

Where it really comes alive is when it gives it the sports movie a 21st century twist – as when Stanley, Bo and Alex try to force him into the NBA Draft Combine by using social media to showcase his skills to ordinary fans with a challenge involving street ballers.

At times, Zagar’s film is also a little too glib for its own good – a scene where Sugarman uses Google translate on a Spanish bus to tell Bo how impressed he is grates, as do his nicknames for the young Spanish star.

Yet in spite of these flaws what elevates ‘Hustle’ are the performances of its leads. 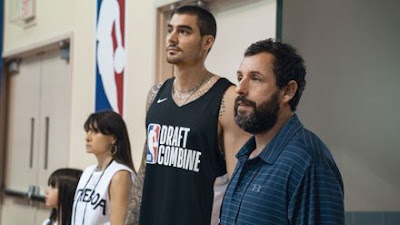 Sandler brings the A game he has tended to reserve for dramas like ‘Punch-Drunk Love,’ ‘The Meyerowitz Stories‘ and ‘Uncut Gems‘ to the project, notching up another committed performance.

He gels well with Hernangomez who turns out to be a natural on camera and could have a real future as a screen actor if he wants to pursue that once his pro basketball career is over.

For the brief moments he is in the movie, Duvall is a joy to watch as always. 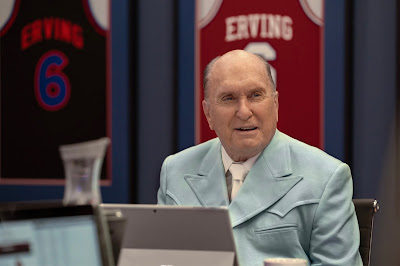 Like Jerry, Stanley dedicates himself to one star to the extent of quitting his job.

And in doing so, he recovers his mojo.

Here’s the thing about ‘Hustle’. 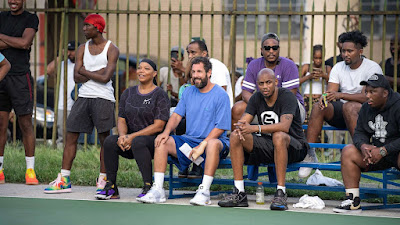 In fact, it’s a bit predictable.

However it has a lot of heart and that heart is dedicated purely to basketball.

The love Zagar and his collaborators express for the sport is infectious – even if you’re not much of a basketball fan. 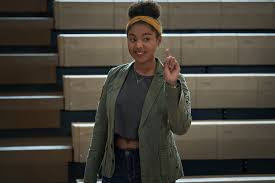 There have been better movies about sports over the years.

But as a 117 minute distraction from all the madness of the world right now, it’ll do.

(‘Hustle’ was released in select cinemas in the United States on June 3, 2022 before being made available for streaming on Netflix on June 8, 2022)

We examine the news that Wonder Man will join the MCU in a new Disney+ series and consider how that aligns with Kevin Feige’s plans. […]

BEYOND ATLANTIS (1973) Reviews and free to watch online

‘Forgotten by nature… invaded by modern man… half human… half fish!’Beyond Atlantis is a 1973 fantasy adventure film about a band of adventurers that […]

Set in 2144 against the  backdrop of a frozen wasteland, Sumi, a human child raised by Mama Polar Bear, narrowly escapes capture from a brutal […]

Vin Diesel is back in the news again but this time the news is on the positive side about Riddick 4. Vin is hard at […]