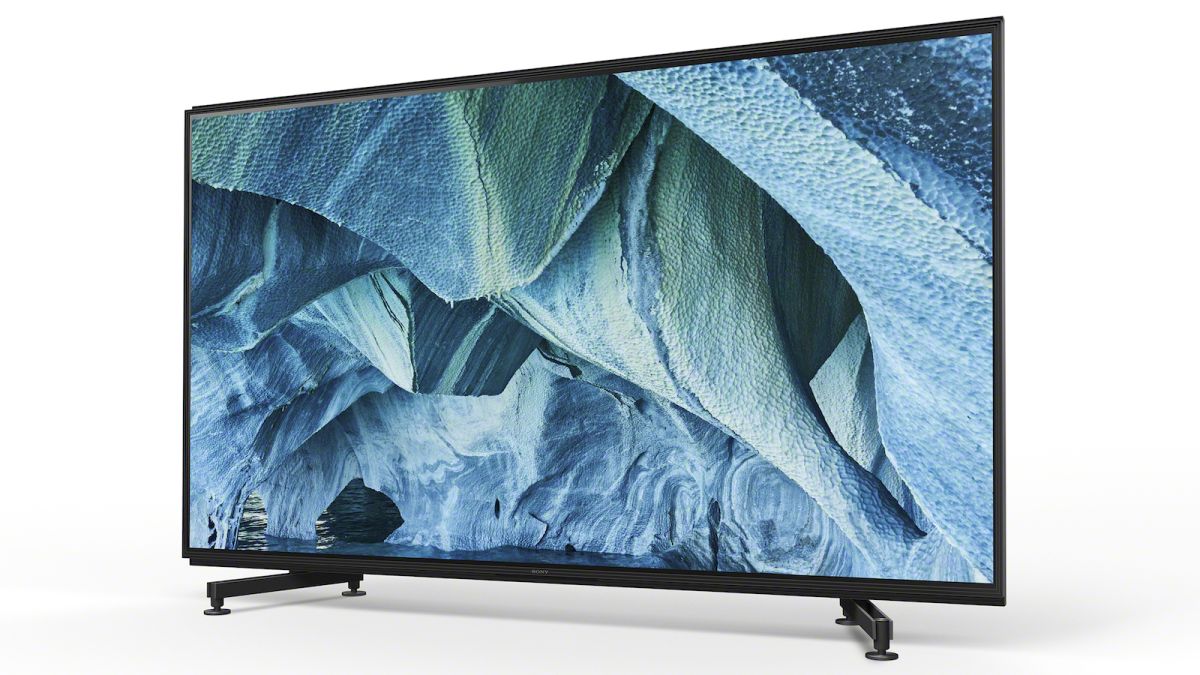 One day, 8K TVs will drive 4K TVs into extinction. It won’t be for a while yet, but with the likes of Sony, Samsung and LG already selling 8K TV sets (and others such as Panasonic and Philips set to join them in the coming months), it looks like next-generation TVs with a whole heap more pixels will one day be in living rooms across the land.

They’re expensive (at least right now), but 8K TVs offer four times the pixel density of their 4K TV siblings. That makes for a stunningly lifelike picture that represents a massive step up from 4K.

Sadly, there’s more or less no 8K content available at the moment. In the meantime, 8K TVs make themselves useful by upscaling 4K, HD and even standard-def content. That means you can expect a gloriously cinematic experience right now, even though 8K content is far from mainstream.

So what should you look for when buying an 8K TV? Good upscaling is absolutely critical – you want all of the content you watch now to look great, and that involves the TV doing lots of clever processing. It’s also worth looking for HDMI 2.1 ports, too, as they have baked-in support for higher resolutions and frame rates.

Beyond that, you’re looking for broadly the same qualities you’d seek in a 4K TV: great colours, contrast, sharpness and detail; a user-friendly and app-packed operating system; good sound and a smart design.

Jump straight to our pick of the best 8K TVs

What about Black Friday?
Black Friday is a great time to buy a new TV. Manufacturers steadily reduce the prices of even their best models over the course of a year, but during Black Friday you often get big, temporary drops that are well worth pouncing on. Afraid of missing out? Bookmark our TV deals page and we’ll keep an eye on prices for you.

What we’re talking about here is resolution. This means the number of horizontal and vertical pixels. Pixels equal information, so more pixels should mean a better quality image. That’s the theory, at least.

In the case of 8K, this means a horizontal resolution of 7680 pixels and a vertical resolution of 4320 pixels (7680 x 4320), resulting in a display that consists of just under 33 million pixels.

8K video developments to date have largely been driven by filmmakers and TV broadcasters. From a video-editing point of view, the higher resolution can be useful. While filmmakers may not ultimately deliver an 8K film, shooting in the higher resolution gives editors room to manoeuvre, allowing for cropping and zooming while still retaining a high-resolution image. That said, 6K cameras are currently far more prevalent in Hollywood.

Meanwhile in Japan, broadcasters have been experimenting with 8K TV for some time. Back in 2015 the Japanese Broadcasting Corporation, NHK, ran a series of 8K trials, and in 2016 the company announced it was successfully demoing 8K broadcasts. So successful were the trials, NHK has now launched the world’s first 8K television channel. Since 1st December 2018, it has broadcast 8K TV shows on a daily basis, 12 hours a day, and even broadcast the 2019 Rugby World Cup in 8K. Next up is the Tokyo Olympics, which is now scheduled to take place in the summer of 2021.

The Korean Broadcasting Corporation (KBS) is also researching 8K broadcasts, working with LG on content, possible broadcasts and displays – there was 8K experimentation at the 2018 PyeongChang Winter Olympics. And if you were in Brazil at the time, you could have watched the 2018 World Cup in 8K.

The likes of Netflix and YouTube were, of course, quick out of the blocks when it came to 4K content, and now streaming site Vimeo has jumped aboard with 8K. A recent update adds support for HDR and 8K resolution videos. Naturally, you will need an 8K screen to take advantage, and you might be hard-pushed to find anything truly worth watching.

Rakuten TV wants to become a true global alternative to Amazon Video and Netflix, and has ambitious plans to help that become a reality. Along with a rapid expansion into new countries, it seems 8K content is also part of the strategy – the company announced plans to have 8K films on its service by the end of 2019, although all has since gone rather quiet on that front.

How do we choose the best 8K TVs?

Here at What Hi-Fi? we review hundreds of products every year – and that includes plenty of TVs. So how do we come to our review verdicts? And why can you trust them?

We have state-of-the-art testing facilities in London and Bath, where our team of expert reviewers do all of our testing. This gives us complete control over the testing process, ensuring consistency.

All products are tested in comparison with rival products in the same price category, and all review verdicts are agreed upon by the team as a whole rather than an individual reviewer, again helping to ensure consistency and avoiding any personal preference.

The What Hi-Fi? team has more than 100 years experience of reviewing, testing and writing about consumer electronics.

From all of our reviews, we choose the products to feature in our Best Buys. That’s why if you take the plunge and buy one of the products recommended below, or on any other Best Buy page, you can be assured you’re getting a What Hi-Fi? approved product.

Makes the most compelling case for 8K TV yet.

We’ll just come out and say it: you don’t need an 8K TV. 8K content is thin on the ground, so for the most part, you’ll be paying for something you don’t use. On the other hand, if you’re happy to spend the money, an 8K set could be a sound investment – it’ll also play 4K content, after all, and if you don’t want to buy another TV when 8K takes off, paying once could be the smart option.

The Samsung QE75Q950TS is not only a wise investment for 8K, it also manages to improve on 4K content.

That’s thanks to Samsung’s Quantum Processor 8K and its 8K AI Upscaling feature, which succeed in making non-8K content look better than ever: watching a 4K Blu-ray, we can’t recall a sharper 4K picture, with nothing looking artificially enhanced or exaggerated – it simply pops from the screen more than we’ve previously seen.

Blacks are deep and insightful, while motion is handled with aplomb. Away from the picture, the TV itself is stylish, super slim, and the bezels are amazingly thin. It sounds pretty great, too. Ticks all the boxes, then.

This 85-inch Sony 8K TV, known as the ZG9 in the UK and Z9G in the US, offers an astonishingly-lifelike image and almost no downsides in terms of performance. Convincing blacks, superb motion control, outstanding upscaling – this TV excels in every area.

There’s plenty of support for streaming apps, including Netflix and Amazon Video (in 4K and Dolby Vision), and Google Play TV and Movies. Sony’s Android-powered user interface isn’t quite as good as Samsung’s but the ZG9 comes with Google Assistant and is ‘Works with Alexa’-certified, so it’s responsive to voice commands.